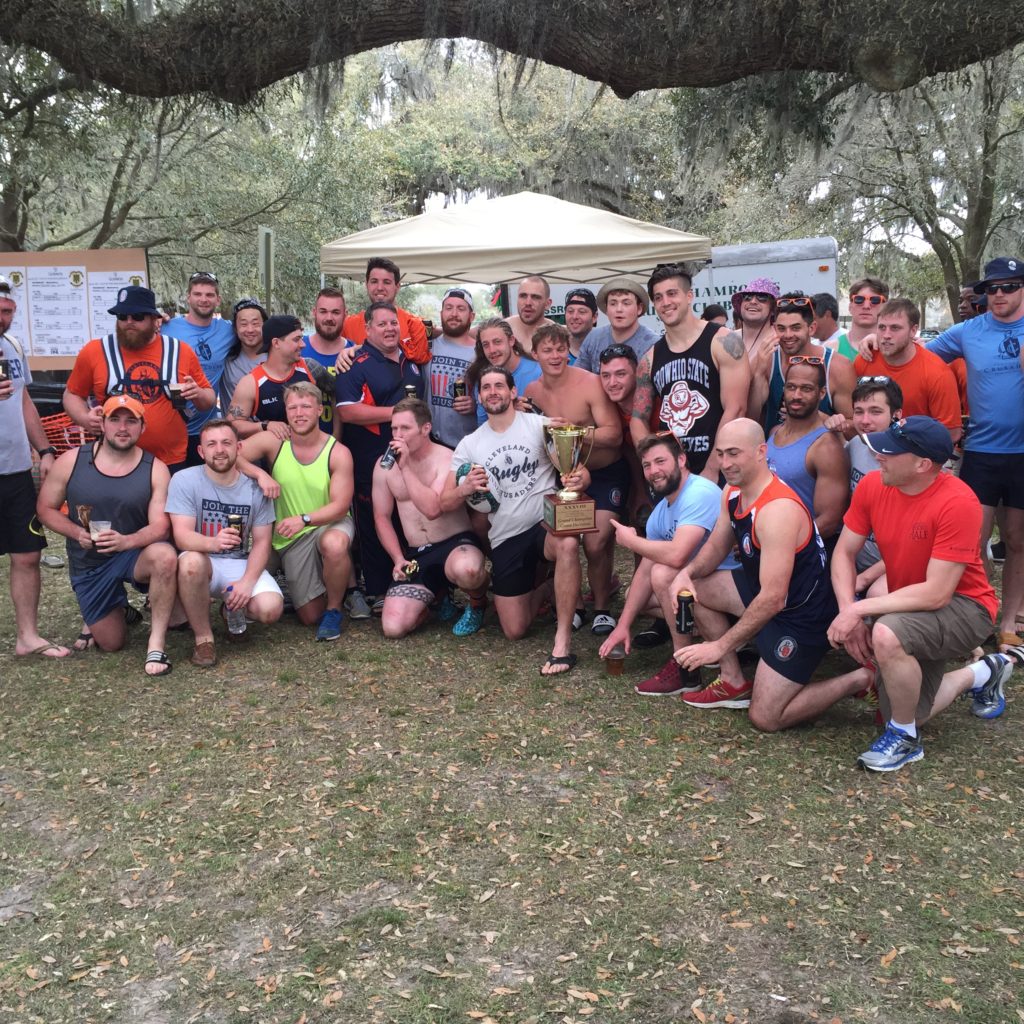 This week, the Crusaders will embark on their third annual pilgrimage to the land of Spanish moss and bacon-wrapped turkey legs, Savannah, Georgia.

The 2018 St. Patrick’s Day Tournament, hosted by the Savannah Shamrocks, is an annual tournament with a long history of high-level competition with the perfect touch of joyous debauchery, typical of when rugby tribes gather en mass.

The First Crusade to Savannah resulted in the ultimate success of defeating perennial powerhouses in spectacular fashion to win the championship, through a melding of the minds in the hallowed halls of The LaQuinta Inn.

After a disappointing showing in year two, The Crusaders have their sights set on getting back to the championship game on Sunday in order to prove that lightning does strike twice and put another piece of hardware on the shelves of The Old Angle.

Follow the action this weekend via Instagram @clecrusaders, and wish the boys in Orange and Blue good luck.