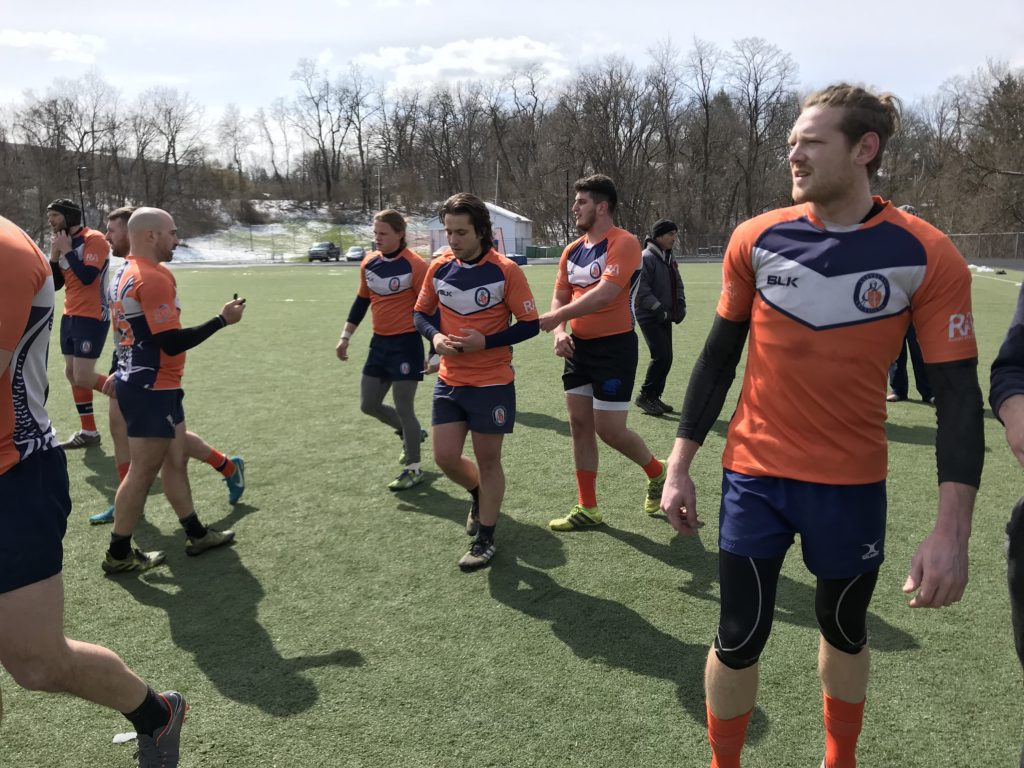 This spring saw the Cleveland Crusaders punch up a weight class in the hopes of upsetting some big names and notching some big wins. What they got instead were some hard knocks and lessons learned.

The 2018 season read like a laundry list of competition designed to test the mettle of Cleveland’s Finest Club. The season started with the first side facing down the old enemy, Detroit Tradesmen, and the second side traveled to the beautiful suburbs of the city to take part in the Notre Dame College Alumni Match. Then, both sides traveled to Pittsburgh to face a set of Harlequins sides set on defending home soil. A week later, the Crusaders hosted Columbus Rugby and the Castaways. After a break for Select Side action, the first side traveled to Chicago to take on a tough mixed Lions squad. The Crusaders closed out the Spring on the road again when both sides traveled south to take on the Cincinnati Wolfhounds and Louisville, respectively.

The season started off rocky, with NDC’s boys putting the second side through the ringer and the Tradesmen match going how those matches can tend to go. In both matches, the Crusaders were competitive with victory in reach at half time. The opposition personnel just had the edge in making the big plays that break games open in the second half. The matches in Pittsburgh showed a marked improvement in gumption.

Working with mixed sides and people playing out of position, DII tied the Harlequins, while the DIII side notched the first win of the season. Despite not sealing the win, the DII side saw it could stand toe-to-toe with an established DI club and push it to the brink. If not for a rush of blood to the head in the final moments of the match, both Pittsburgh teams would have fallen.

The third weekend was a fight. The Crusaders waged a war in the mud against Scioto Valley and the Columbus Castaways, respectively, and the amazing weather conditions that come with Spring on the shores of Lake Erie. Both matches were slug fests – the DIII match was more of a literal one – that had players putting bodies on the line for every inch and possession. Every player threw their best efforts at their opposite number in desperate attempts to pry a victory from the day. Unfortunately for Cleveland, Scioto Valley came out ahead and the DIII side played the Castaways to a stalemate.

The DII side closed the season the same way it started: playing solid matches but just coming up short. When the Crusaders faced the Lions, it was a shootout that had Cleveland come back and close the chasm on the scoreboard to a score for the win. The match came down to one pass in the corner – a pass that was nicked by a desperate Lions defender and knocked forward. It seemed as though the Crusaders would be awarded a penalty try to seal the win, but the Lions’ player miraculously regained possession. After a desperate scramble at the ensuing breakdown, the Lions booted the ball into touch to seal the win. Down in Cincinnati, it was the same song and dance as it was against the Tradesmen weeks earlier. The Crusaders came on strong at the outset and put the Wolfhounds under pressure. In the final quarter of the match, the Crusaders crumbled and allowed Cincinnati to get the win and end the season without a victory.

The DIII side closed the season against Louisville. To salvage the weekend, the DIII boys succeeded where the DII boys always seem to struggle. For 80 minutes, they stuck to the system, played as a team and put the sword to their opposition. This comprehensive, cohesive performance enabled the DIII side to end the spring season with a win.

On the surface, these results appear less than encouraging. A deeper look reveals the true meaning behind these simple numbers. First, they show that the first XV for the Crusaders need to step their individual games up – not to narrow the gap between them and the opposition but to distance themselves from the DIII players that are surely nipping at their heels and trying to break into that starting lineup. Second, the results prove that – in the near future – the Crusaders will be a competitive DI team. Columbus, Cincinnati and the Lions are always jockeying for the top spots in the Midwest. Granted, the Crusaders came up short in every encounter with them this Spring but it wasn’t by much. There’s always talk of “turning the corner” or “getting over the hump” with regard to a goal. The Crusaders are not there yet, but they aren’t that far off either.

For now, the 15s season is finished and the focus turns to sevens. Check back for details and updates regarding our hunt for a National Championship this summer. 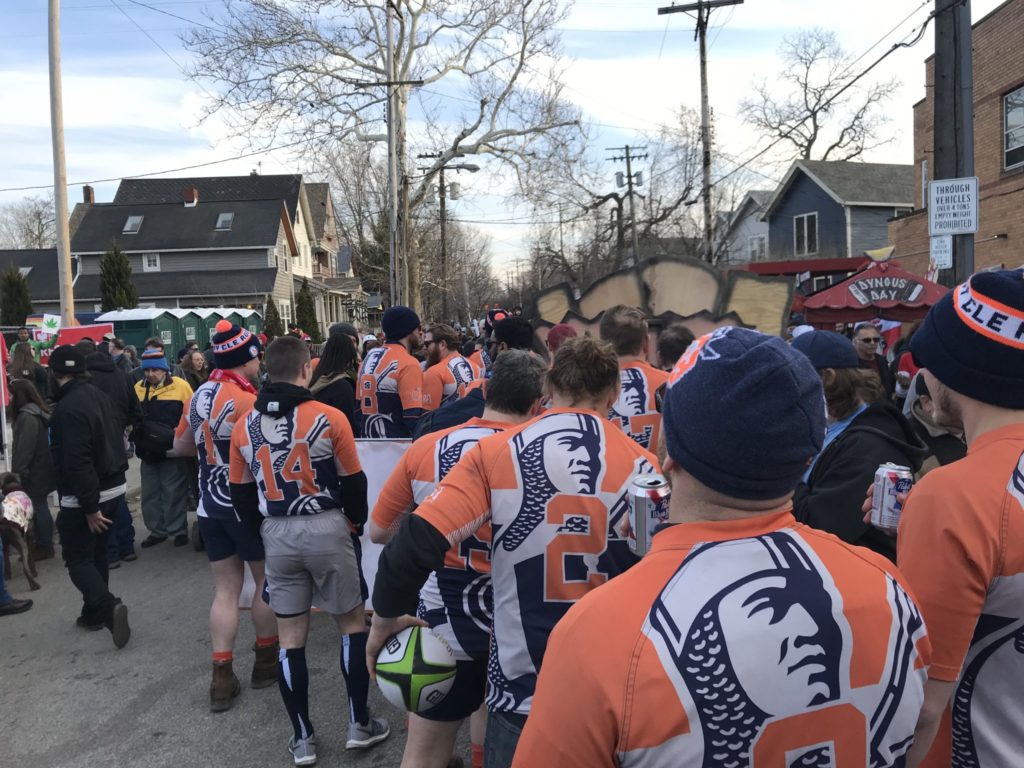 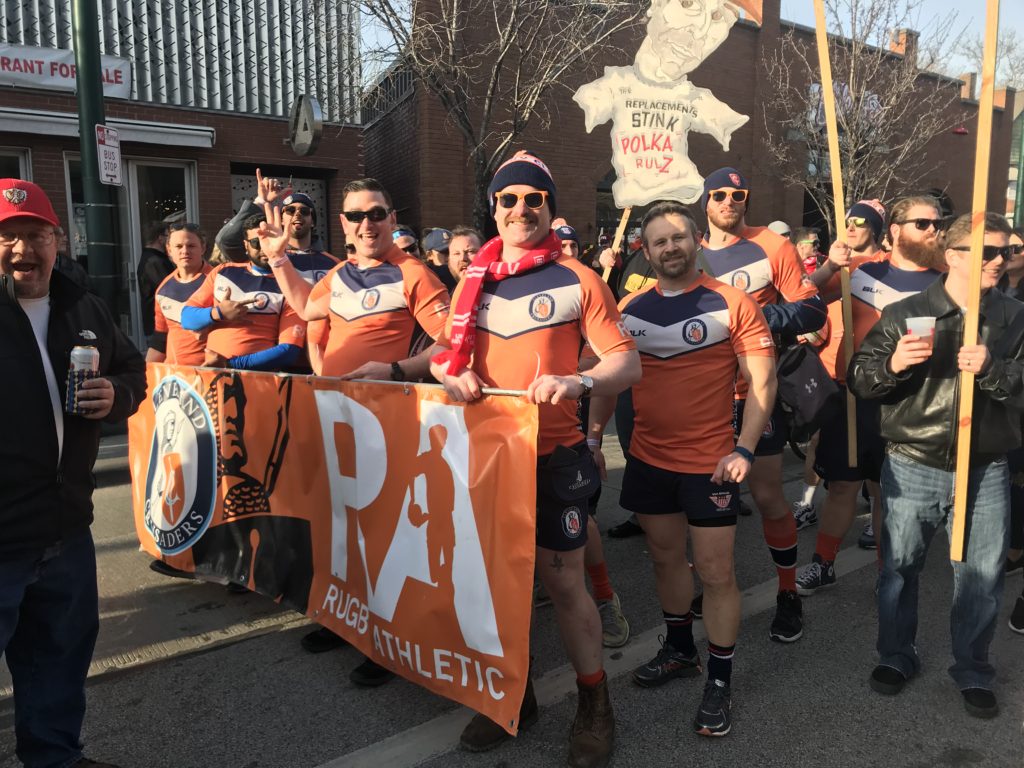