The Crusaders travelled to Spartanburg, SC to compete in the 2019 USA Rugby Club Eastern Championships, kicking off the competition with a semi-final match up against Atlanta Old White. From the kick-off defense dominated the game. Neither was able to build sustained pressure on offense. Through the first 30 minutes, both teams traded penalties, with Atlanta holding a 6-3 lead. Near the end of the half, Atlanta was able break through and score the game’s first try, taking a 11-3 lead. The Crusaders were able to answer back before half with a penalty kick, bringing the half-time score to 11-6. The Crusaders drew first blood in the second half through a Joe Wollerman try, levelling the score at 11-11. Defense again took control of the game with both teams trading penalty kicks, leading into the final ten minutes, level at 14-14. Unfortunately for the Crusaders, Atlanta was able to find gaps in the defense and was able to add two tries in the final ten minutes to take the game 28-14. The loss put the Crusaders into a battle for 3rd place and take on a familiar foe, Buffalo Rugby.

In the battle for 3rd place, the Crusaders were able to exact revenge on Buffalo Rugby. A fast start to the game saw the Crusaders score three converted tries in the first 20 minutes of the game to jump out to a 21-5 lead after the first quarter. Buffalo was able to exert some pressure to bring the game to a half-time score of 21-18. Nick Viviani’s boot took control in the second half, adding 3 penalty kicks to put the game out of reach for Buffalo. With the win the Crusaders secured a 3rd place finish in the Eastern Club Championships. 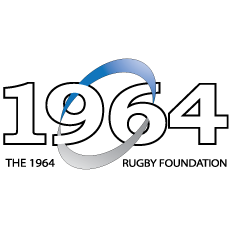