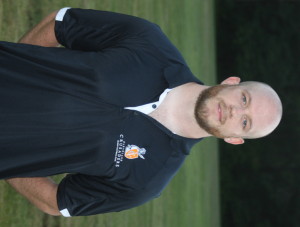 Steve started playing rugby in 2006 while serving in the United States Air Force. He began his career with the Okaloosa Islanders, who played out of Fort Walton Beach, FL. The club was mainly comprised of active duty military personnel who competed in the Deep South Rugby Union. While living in Florida, Steve joined the Gypsies, a select touring side. Following the completion of his military commitment in the Fall of 2009, he returned to Cleveland and began playing for the Cleveland Rovers. During his time with the Rovers, Steve served two years as Co-Captain and five years as Social Chair.
Steve will continue to work as Social Chair for the Crusaders RFC, working in concert with Kritter Regan, who was Social Chair for the Cleveland Rugby Club.

“My goal for the Crusaders RFC is for us to create a proper rugby culture. That culture is inclusive, highly competitive and socially accountable. With these principles in mind, we have a unique opportunity to create our own culture.”